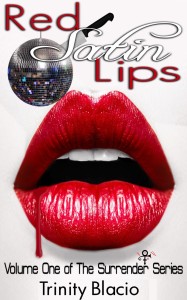 Six months into her marriage, Tamara Evans-Cooper knew there would be threats on her life because she was a human married to a vampire and a werewolf. But she didn’t count on innocent people being murdered, bombs going off around her and the male line of Lars’ family hating her. With her belongings gone and her mother executed, Tamara is barely holding it together as she searches for those responsible.

Gage Evans and Lars Cooper love their new wife, but trying to keep up with her is a full-time job. Not only do some of Lars’ family disapprove of this woman, there was now a threat against her and his Grandfather.

With death knocking on their doors, Lars, Gage and Tamara flee to Gage’s wolfpack family home, the one place she is safe for now. But for how long?

And if that wasn’t enough they all have to throw the ancient Blood Ball on Valentine’s Day to satisfy the Prince of hell and his new Spider-consort or no one will survive until the next day.