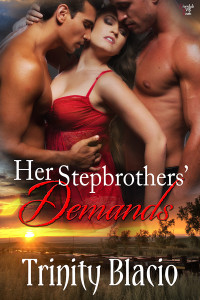 When her mother agrees to be transformed into a werewolf to join her mate, Jasmine feels abandoned and alone, and does the only thing she can do; she tries to leave.

The fact that the man she had considered her real father’ isn’t human, but an actual werewolf, just proved that there were other beings, not human, in this world. It made her remember that her real father (who had abused her as a child), had given her to the Nightmare Man that one night (a secret she had kept hidden from all, until now).