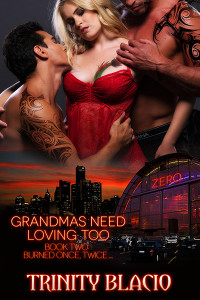 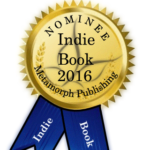 Two marriages, three children. Two who had been in her life, the other out there in the world by herself, alone. Faith Bliss knew loneness and she hoped and prayed her daughter had found a decent family to adopt her. Even at the age of sixteen, Faith’s luck at love had sucked. As far as she was concerned, her life was over. She had protected her children as best she could, now all Faith could do was run and hide from the first husband who was bound to kill her. How is Faith supposed to deal with three men claiming her, loving her, and starting her life all over again?

The Nella, were hunters, dragons, and monsters all rolled into one. When brothers Gordon and Jake Nella came across Faith Bliss they knew she was the one meant to hold their heart, but what they didn’t count on was the third man, Xfra, being their mate also. Then there was the new threat to their woman no one knew how to destroy.

The four of them face this new threat together, well, Gordon, Jake, and Xfra do, while protecting their woman and her children. Can they convince Faith to start life over again? Will Faith be able to handle their loving, their possession?